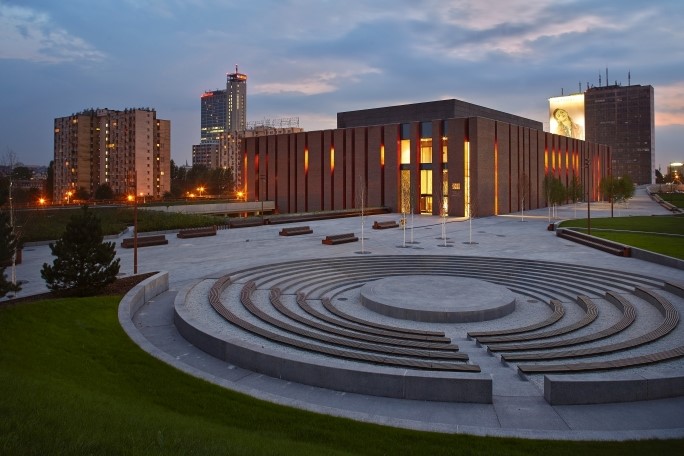 The Polish National Radio Symphony Orchestra in Katowice fulfils the role of an ambassador of Polish culture on the international artistic scene. The ensemble has performed in Brussels (Europalia), Vienna (the opening of the Polish Year in Austria), Madrid (the gala concert of the Polish year in Spain), Rome (the celebration of the 70th anniversary of H.M. Górecki’s birthday), Kiev (the inauguration of the Polish Year in Ukraine), Paris (the gala concert of the New Poland Polish Year in France), and in London (the inauguration of the Polish year in Great Britain). The Orchestra has collaborated with some of the greatest composers of the second half of the 20th century: Witold Lutosławski, Henryk Mikołaj Górecki and Krzysztof Penderecki, delivering the first performances of their works. 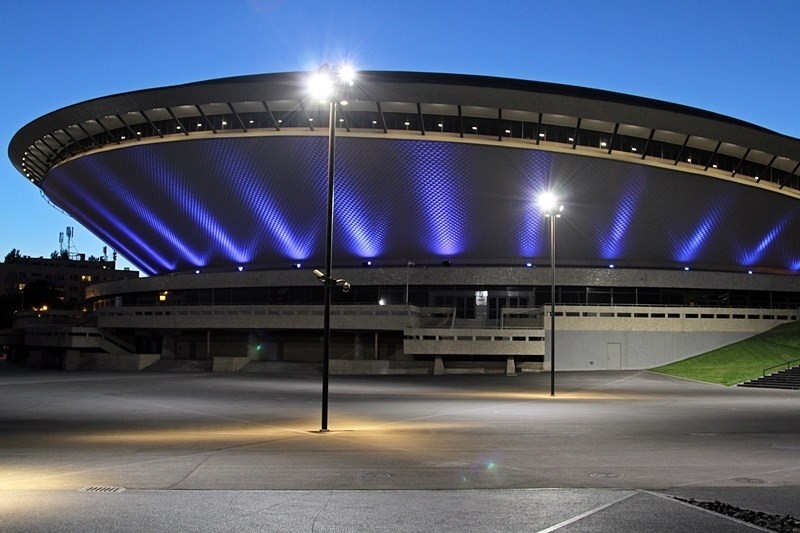 Spodek (meaning “saucer” in Polish) is a multipurpose arena complex in Katowice, Poland, opened in 1971 at ul. Korfantego 35 under the name Wojewódzka Hala Widowiskowo-Sportowa w Katowicach (Voivodeship Sport and Show Arena in Katowice), under which it is known in the Polish technical/architectural literature, and under which it formally functioned until 1997. 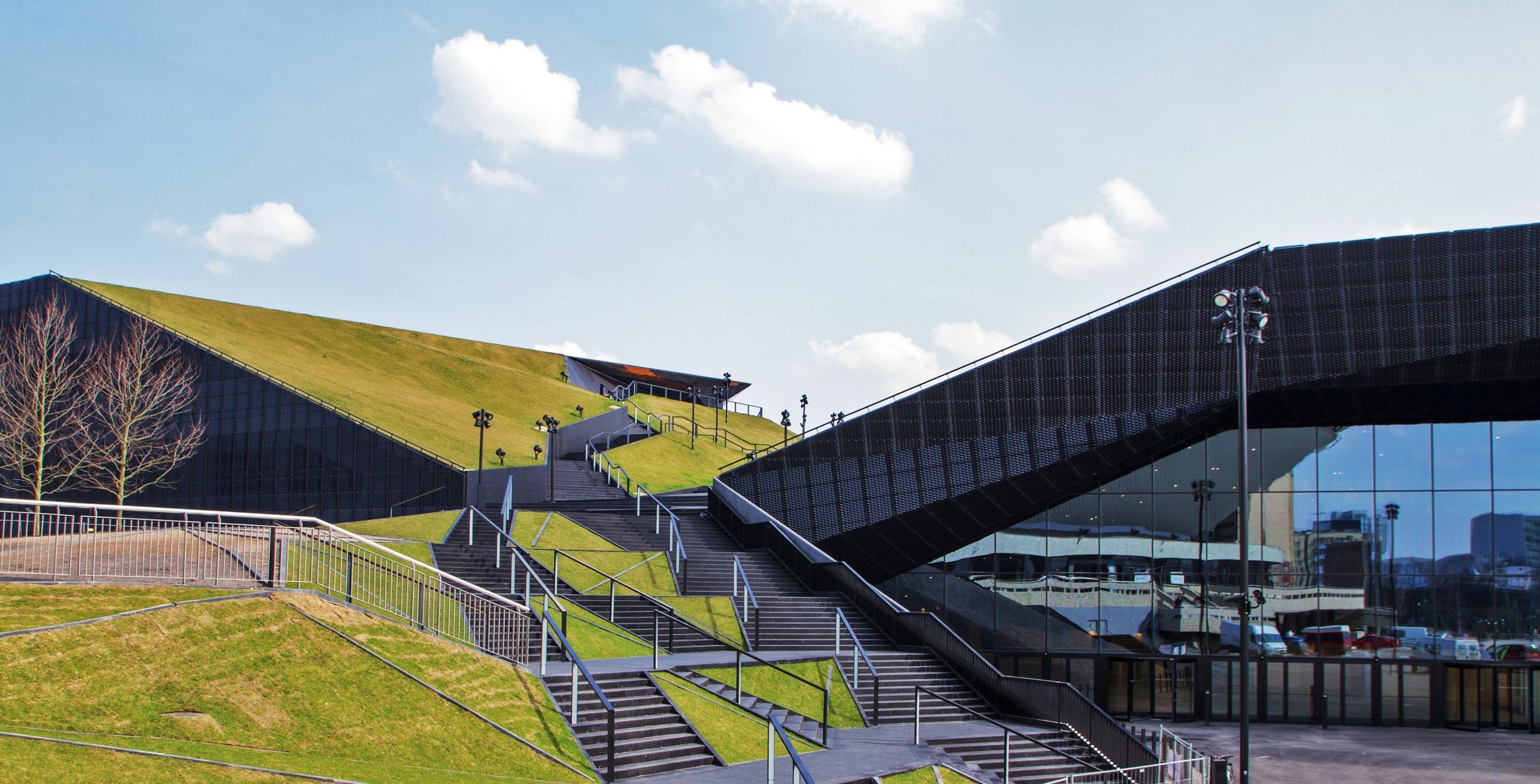 The International Conference Centre in Katowice

The International Conference Centre building in Katowice is a multifunctional, complex service facility, which ranks among public buildings. For the most part, it has been designed for guests who take part in the events organised there. However, it also has an area which is fully available for the public – it is a green passage which goes diagonally through the building’s roof where it takes on the shape of a valley, as well as the main foyer – the connecting area between two entrances: from the Honour Square’s side (in front of the arena complex called “Spodek” –  the “Saucer”) and the second from the side of Olimpijska Street (which is under design). Marking these spaces as public is a vital city-forming element for a post-industrial area where the MCK complex was designed. As to the main functions of the building, it is a place for congress, conference, exibition, fair and performance. 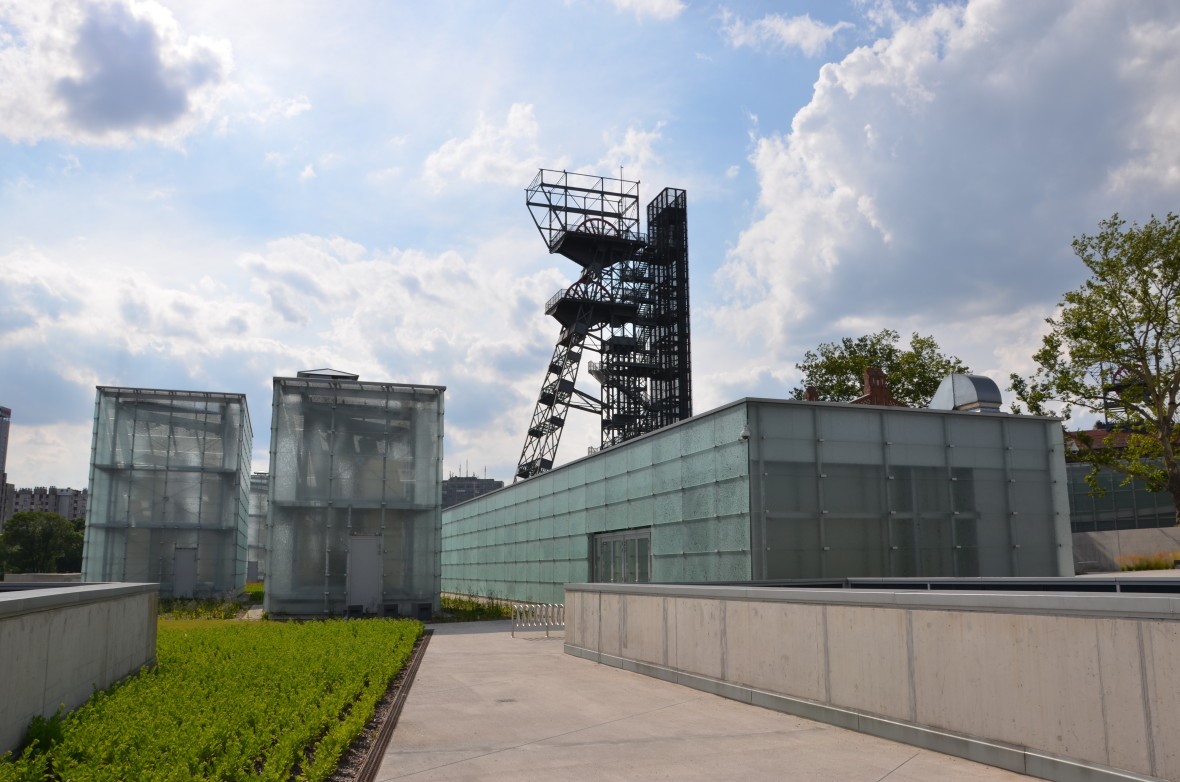 The Silesian Museum, founded in 1929, today delights visitors with its new remarkable site – including a seven-storey building of which three storeys are located underground. 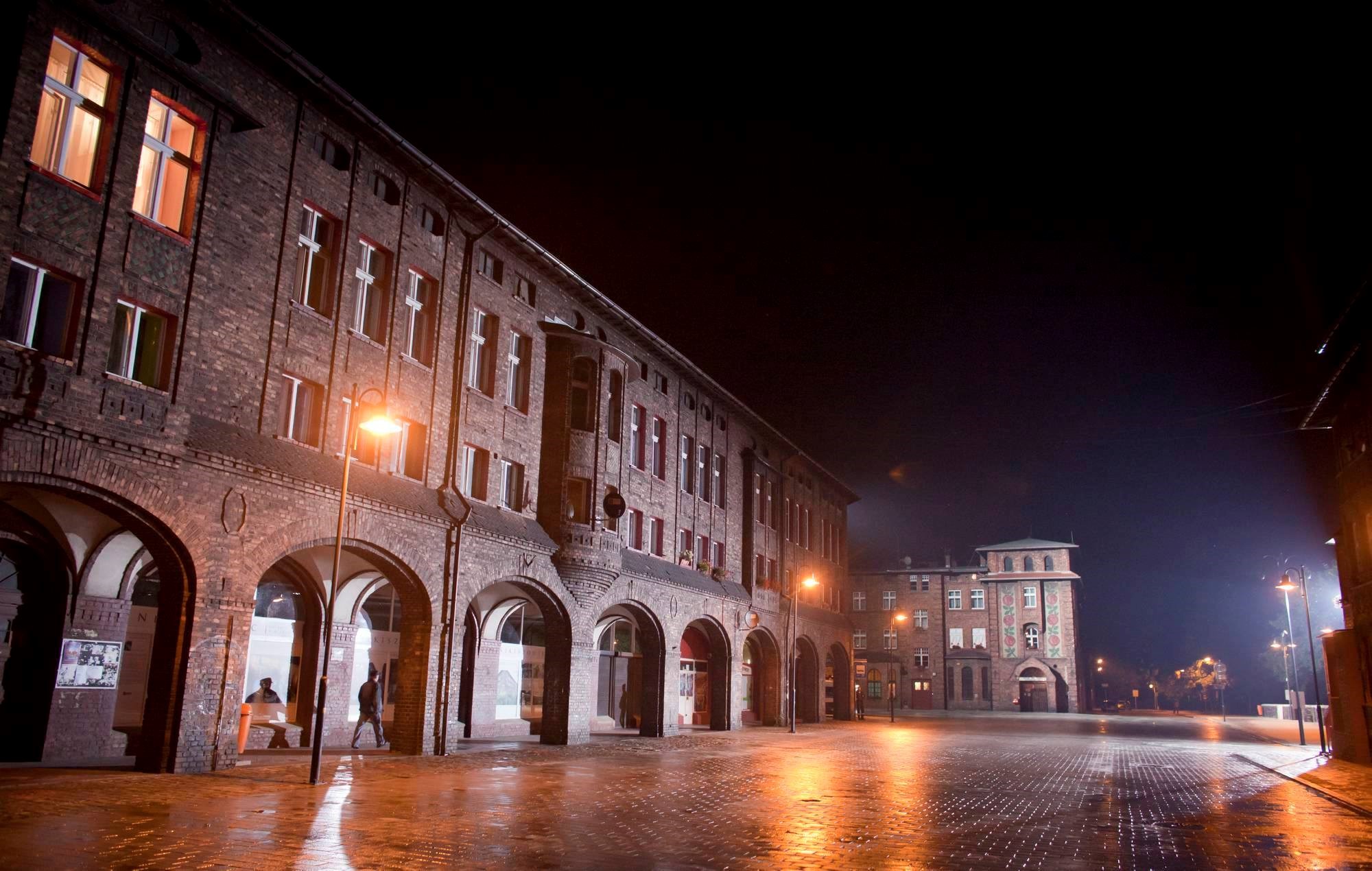 Location:
a part of an administrative district Janów-Nikiszowiec of Katowice city.
www.nikiszowiec.pl

Initially it was coal miners’ settlement of Giesche mine built on the land of Gieschewald manor (Giszowiec) between 1908–1918 on the mining – metallurgical concern initiative Georg von Giesches Erben. On 9 May 1924, the manor was liquidated, and Nikiszowiec together with Giszowiec were incorporated into Janów district.

In 1951 the district became a part of a new city – Szopienice, however, this decision was voided in 1960, when both Szopienice and Nikiszowiec were incorporated to Katowice.

The remnants of the original workers’ housing estate familoks (specialized multi-family residences) comprise one of Poland’s official national Historic Monuments (Pomnik historii), as designated January 28, 2011 and tracked by the National Heritage Board of Poland. 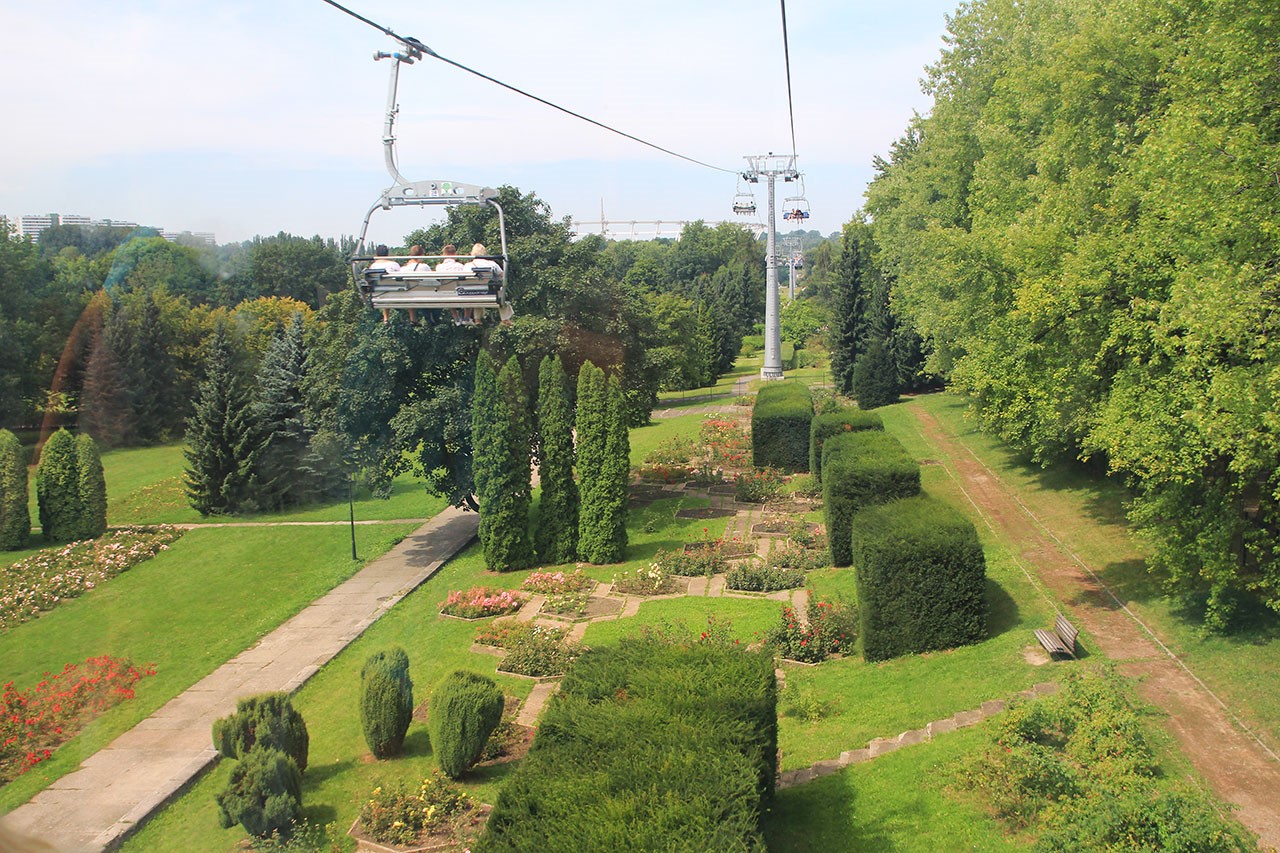 For the last 65 years SILESIA PARK in Chorzow has been admired as an unsurpassed oasis of green in the heart of Silesian agglomeration in Poland’s most industrialized and populated region. For more than six decades strollers, tourists, nature lovers, sport fans and senior citizens have all been able to enjoy what the park has to offer.

Silesia Park lies on the border of the cities Siemianowice Śląskie, Chorzów and Katowice and is spread over an area of 620 hectares. Forested areas cover 250ha and 100ha are tended greens and parklands. Ponds, streams, numerous species of trees and shrubs as well as extensive greens form a friendly refuge for wild animals (mammals, fish, birds, amphibians and reptiles), which live in this unique area adjoining the inhabitants of the Silesian ZOO. 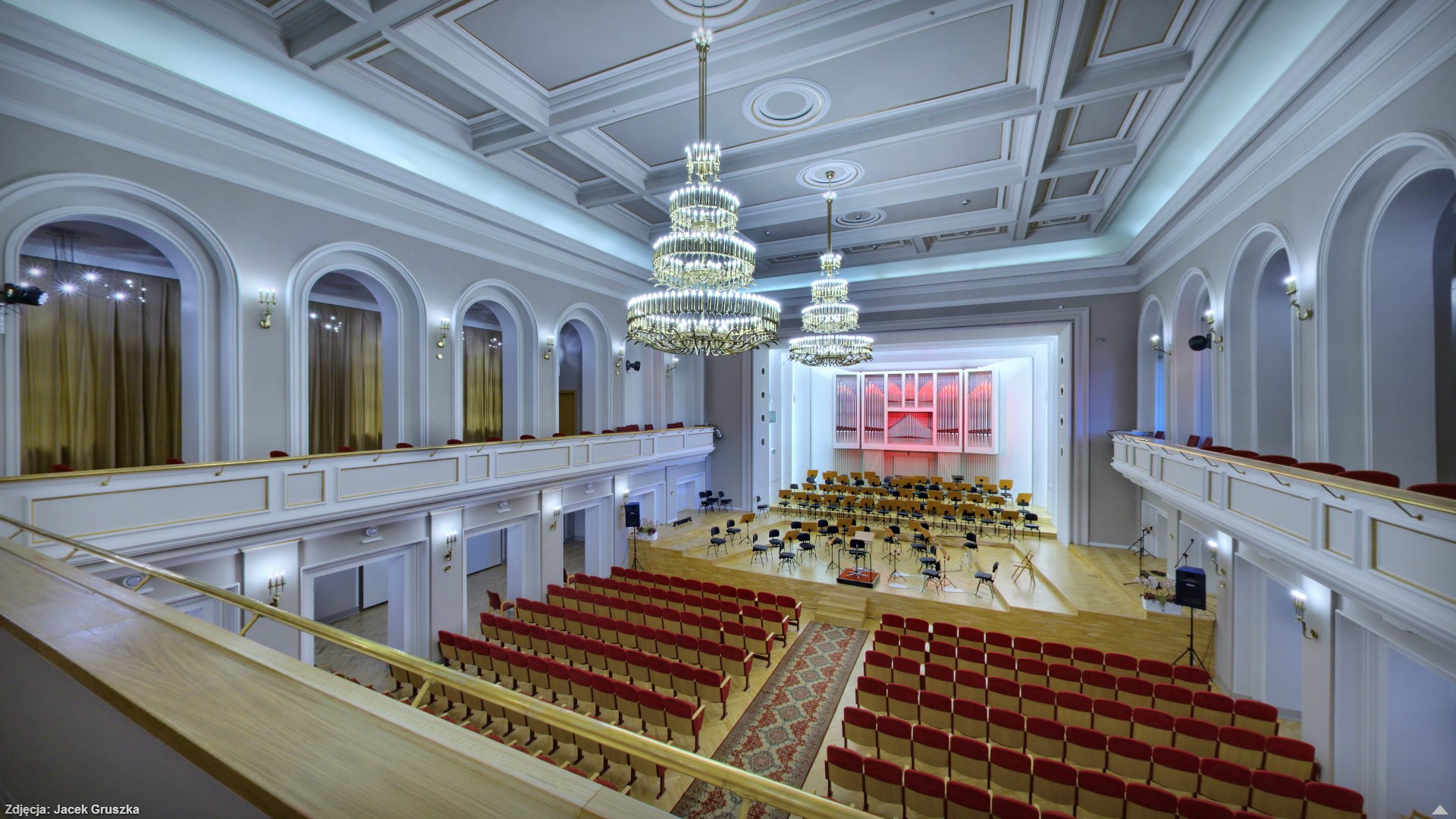 The Silesian Philharmonic in Katowice has a well-established position in the cultural life of the Upper Silesian Metropolitan Union. Over the decades, the most renowned musicians performed with it, for example Witold Małcużyński, Igor Oistrakh, Sviatoslav Richter, Adam Taubitz. 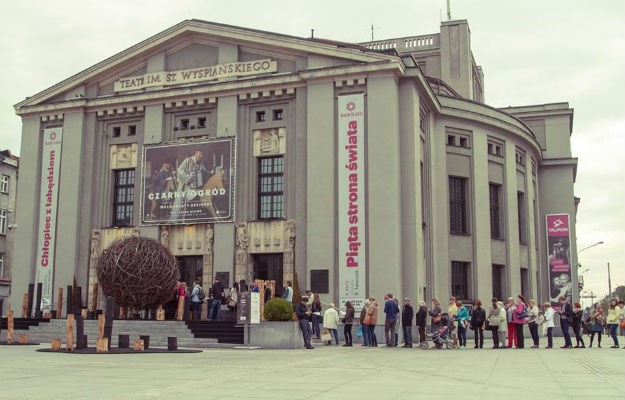 Silesian Theatre (Polish: Teatr Śląski) dedicated to Stanisław Wyspiański is the largest theatre in Silesia. It is located on the market square in Katowice. 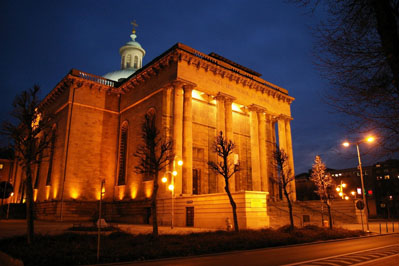 Archcathedral of Christ the King in Katowice 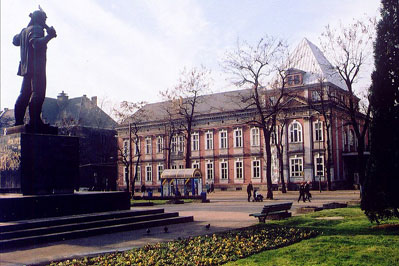 Coal Mining Museum is the largest and the most import_ant tourist and cultural institution in Zabrze. Since 2nd April 2013 Coal Mining Museum, Guido Mine and Queen Luiza Adit constitute one entity. Museum organises concerts, performances and outdoors parties. 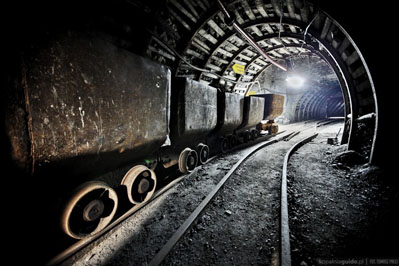 The Guido mine is a historic deep coal mine and museum in Zabrze. The museum is an Anchor point on the European Route of Industrial Heritage.  This is an object of cultural heritage inscribed in the registry of the Silesian Voivodeship and a cultural monument in Poland. The underground museum is 320m beneath the surface, with a second level representing a 19th century mine at 170m. 320m makes it the deepest visitor mine in Europe. It has simulations of mining disasters and a concert hall. 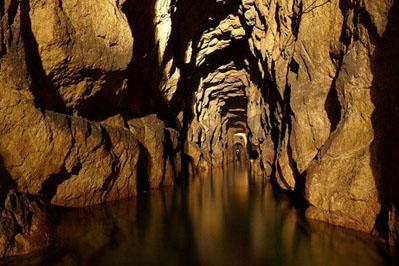 Black Trout Adit is the longest (600 meters) underground tourist route in Poland travelled by boats. It’s a part of one of 8 adits  dug in the area to drain the workings. The Black Trout Adit is located in a park in the west of the town Tarnowskie Góry. Access is by two shafts Ewa and Sylwester. The guide puts the boats in motion and tells the stories connected with the place, lit by acetylene lamps. 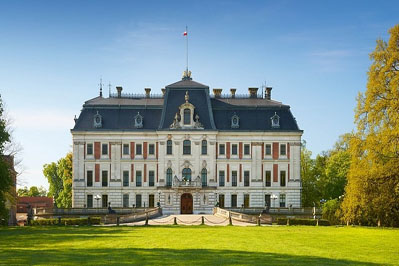 Pszczyna Castle, sometimes referred to as the Pless Castle, is a classical-style palace  in the city of Pszczyna (formerly called “Pless”). Constructed as a castle in 12th century or earlier. The Classicist modernization transformed the complex into what is usually described a palace. In 2009 it was voted as one of the “Seven Architectural Wonders of the Silesian Voivodeship” by the Silesian authorities and is often described as one of the most beautiful castle residences in Poland 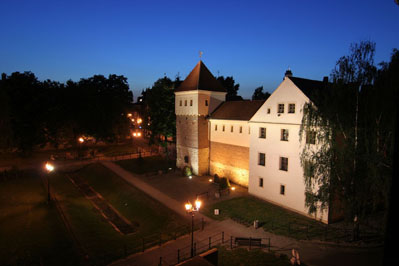 The so-called Piast’s Castle in Gliwice, dates back to the mid-14th century. It consists of a tower from 1322, which was originally part of the city walls, and an adjoining building which was probably an armory. Modifications were carried out in the 15th century, between 1558-61 it became the residence of Friedrich von Zettritz. Later it was an armory, a jail, a magazine and since 1945 a museum. Between 1956-59 it was thoroughly rebuilt and partially reconstructed. Since that time it is claimed to be a Piast castle, although no sourced evidence backs this claim. Since 1959 the castle has been part of the Gliwice Museum. 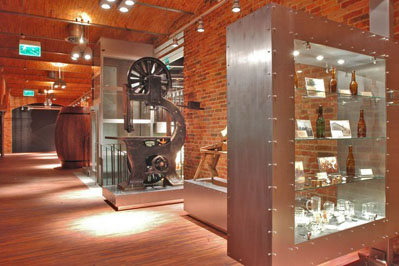 The Tyskie Brewing Museum or Tyskie Browarium is a museum in Tychy, Silesia. It was established in 2004. The museum is an Anchor point on the European Route of Industrial Heritage. It is an object of cultural heritage in Silesia and a Polish national monument. During a 2009 vote the brewery complex was voted as one of the “Seven Architectural Wonders of the Silesian Voivodeship”. One of the most particularly splendid buildings is the brew house and its original technical equipment, that was originally built between 1916 and 1922. 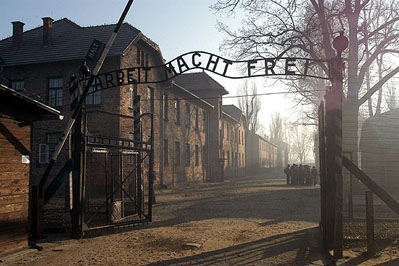 KL Auschwitz was the largest of the German Nazi concentration camps and extermination centers. Over 1.1 million men, women and children lost their lives here. The post-camp relics are protected by the Museum created in 1947. The Memorial today is i.a. the Archive and Collections as well as research, conservation and publishing center