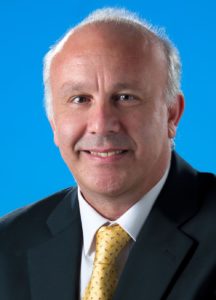 Joseph Agius is aspeech-language therapist – a specialist in fluency disorders, lecturer at the University of Malta, Senior Principal of the Speech Language Department in the Health Division, Government of Malta. One of the founders and lecturers of the European Clinical Specialization in Fluency Disorders. Dr Agius coordinates the actions of thirteen European universities within that educational initiative. Member of Regular Committee for Fluency Disorders, functioning within the confines of the International Association of Logopedics and Phoniatrics – IALP. Reviewer in the Journal of Fluency Disorders and the International Journal of Language and Communication Disorders. Author of many articles about logopaedics, also the creator of an online application, which is used in therapy of stuttering children – ‘Fluency SIS’ –Smart Intervention Strategy for school-age children who stutter. 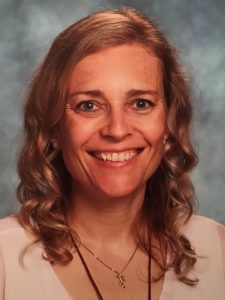 Susanne Cook is a Speech-Language Pathologist from Germany with a special interest in fluency disorders. Susanne is a certified stuttering therapist (ivs). She earned her PhD in Developmental Science from University College London in 2011 (title of thesis “Affective factors, bullying, language and motor abilities in relation to treatment outcome for children who stutter”). She established and ran an intensive therapy program for stuttering children and adolescents from 2001 to 2011. Susanne is a co-author of the German evidence-based medical guidelines for fluency disorders. She is the chair-elect of the International Cluttering Association and on the planning committee for the Joint World Congress Stuttering and Cluttering 2021 in Montreal, Canada. Her current research interests include cluttering, therapy outcomes for children who stutter, effects of bullying on and useful strategies for children who stutter, and the psychosocial impact of stuttering on a person’s life. 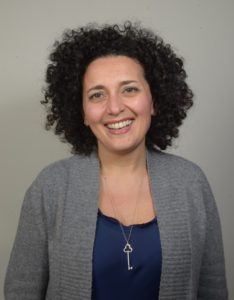 Francesca Del Gado specializes in the assessment and treatment of stuttering and fluency disorders for all age groups. She is a lecturer at Rome University„La Sapienza” as well as being involved with the triennial International Conference on Stuttering. Besides, she is in demand as a speaker at national and international conferences. She is a European Fluency Specialist and has participated in various national and international research projects with Professor Donatella Tomaiuoli and other colleagues. She has been working with these colleagues on the development of the MIDA-SP approach: the Multidimensional, Integrated, Differentiated, Art-Mediated Stuttering Program. 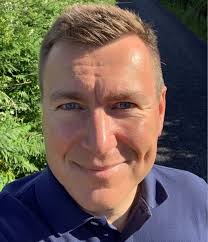 Kurt Eggers holds a BA in Medicine, MA in SLT, and a PhD., in both Biomedical Sciences and Developmental Psychology. He is researcher and lecturer at the department of speech-language therapy and audiology at Thomas More University College, professor of practice at Turku University (Finland) and a visiting lecturer at the University of Oulu (Finland). He is ECSF-coordinator, President Elect of the International Fluency Association, member of the fluency committee of the International Association of Logopedics and Phoniatrics (IALP), and was a board member of the Belgian SLT federation. He has lectured/published nationally and internationally on fluency disorders and his research focuses on the role of temperament & attentional processes in stuttering, normal speech disfluencies, and disfluencies in different populations. 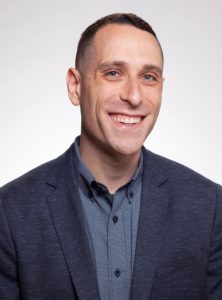 Erik X. Raj is a practicing speech-language pathologist who works with school-age children and adolescents with various communication difficulties. His special interest is in the assessment and treatment of young people who stutter. He is currently an assistant professor and clinical supervisor in the Department of Speech-Language Pathology at Monmouth University in New Jersey (USA). He is also a facilitator at Camp Shout Out, asummer camp for young people who stutter.Dr. Raj regularly presents interactive workshops demonstrating how speech-language pathologists can use mobile and internet-based technologies to educate and motivate young people who stutter. In addition to developing over 25 mobile apps for children with communication difficulties, he is the creator of Your Face Learning, an award-winning educational app for the iPhone and iPad which was recently named Creative Child Magazine’s 2019 Children’s App of the Year.

Hilda Sønsterud is a speech-language therapist in Oslo, Norway. She works at Statped, Department of Speech and Language Disorders where she works primarily in treatment and clinical research related to stuttering and cluttering. Hilda is an active lecturer; she runs courses within the field of stuttering and cluttering, and she provides clinical practice for SLPs and SLP students. She is the author of several scientific and popular science publications about fluency disorders. Her PhD project at the Department of Psychology, University of Oslo was entitled “Stuttering therapy; What works for whom? Minding the body in speech – a multifaceted, individual approach to stuttering therapy”. This was a wide-ranging study of individualized stuttering management tailored to the participants’ personal goals and preferences. Hilda has investigated the therapeutic alliance during stuttering treatment. She is particularly engaged in how clinical research in the field of fluency disorders is defining evidence. Hilda is a European Fluency Specialist (EFS) as well as a national representative in the International Cluttering Association (ICA). 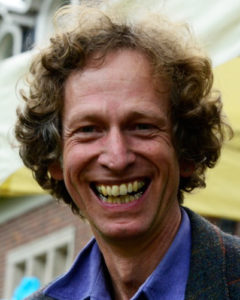 Peter Schneider graduated as a primary school teacher and a speech-language therapist. Between 1990 and 2019 he lectured at the School of Logopedics at the Uniklinik of the RWTH Aachen (Germany). He specialized in childhood stuttering, treated clients and supervised studentsworking  with stuttering children. Together with Dr. Patricia Sandrieser, he developed the Stuttering Modification Approach – KIDS and Mini-KIDS. He is a staff member of the European Clinical Specialization Course on Fluency Disorders, and he has written about stuttering for specialists, as well as for stuttering children and their parents. 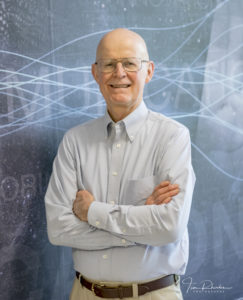 Kenneth O. St. Louis a mostly recovered stutterer, is an Emeritus Professor of speech-language pathology at West Virginia University – WVU (USA). St. Louis has taught and treated fluency disorders for 45 years. His research has culminated in more than 200 professional publications and 400 presentations. He is an ASHA Fellow and was awarded the Deso Weiss Award for Excellence in Cluttering, WVU’s Benedum Distinguished Scholar Award, and WVU’s Heebink Award for Outstanding Service. He founded the International Project of Attitudes Toward Human Attributes(IPATHA) and collaborates with numerous colleagues internationally on measuring public attitudes toward stuttering. He has also presented and published widely on cluttering and personal stories about stuttering. 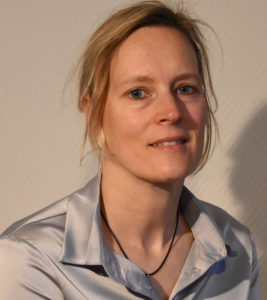 Sabine Van Eerdenbrugh is a Researcher, Lecturer and Coordinator of Bachelor Student Research at the Thomas More University of Applied Sciences in Antwerp (Belgium). She developed the Internet-based Lidcombe Program Training during her PhD research at the Australian Stuttering Research Centre. Dr. Van Eerdenbrugh specialized in stuttering but has treated children and adolescents with a variety of speech and language disorders for many years. She is a member of the Lidcombe Program Trainers Consortium.

Mary Weidner is an Assistant Professor in the Communication Sciences and Disorders Department at Edinboro University located in Edinboro, Pennsylvania, USA. Dr. Weidner earned her PhD at West Virginia University, where she studied stuttering and counseling. Her research focuses on measuring and improving young children’s attitudes toward children with communication disorders. She authored the Attitude Change and Tolerance Program (InterACT), a puppetry-based program aimed at teaching children about stuttering and other human differences. Dr. Weidner has presented her work at numerous state, national, and international conferences and has ongoing international research collaborations. Clinically, Mary provides tele-therapy for children who stutter, co-directs Stuttering U., a camp for children who stutter and their families, and manages the Stuttering Academy, an online resource for clinicians. Moreover, she has co-authored several books about stuttering for children and even assisted in the production of the documentary Stuttering: Part of Me.

Tomasz Woźniak is a speech-language therapist and linguist, head of the Department of Logopedics and Applied Linguistics at the Maria Curie-Skłodowska University in Lublin (Poland). His research focuses mainly on psychogenic speech disorders, narration theory, stuttering, educational programmes for speech therapists along with diagnosis and speech therapy. As an active SLT, he specializes in diagnosis and therapy of individuals with fluency disorders. He is a co-creator of the Association of the Polish SLTs  (1999), head of the Polish Logopedics Society (2008-2014), head of the Educational IALP Committee for Logopedists (2013-2016), and he is currently a KE IALP consultant for Logopedists (2016-2019). He is an author and co-author of a slew of publications and co-editor of three multi-authored monographs, including Logopedics. Standards of conduct in logopedics (Lublin, 2015). He has been awarded the Silver Cross of Merit (2002) and the Golden Cross of Merit (2014) by the President of Poland.